Bharataratna Dr. A.P.J. Abdul Kalam is the famous name known to us. 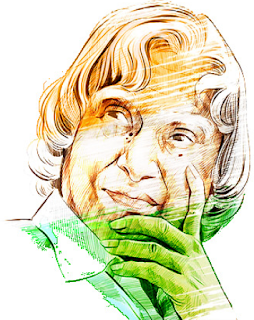 His full name is Avul Pakir Jainulabdeen Abdul Kalam and he was the 11th President of India (2002- 2007). He had support from the two leading political parties of India i.e, Bharatiya Janata Party and the Indian National Congress and was elected against Lakshmi Sehgal in 2002. He worked with the Defence Research and Development Organisation (DRDO), Indian Space Research
Organisation (ISRO) and as an Aerospace Engineer. He was an eminent scientist and an administrator before becoming the President of India. He was popularly known as the ‘Missile Man of India’ for his work on the development of launch vehicle and Ballistic Missile Technology. He obtained political, organisational and technical importance with his Pokhran-II nuclear tests conducted in India in 1998 after the original nuclear test of 1974. 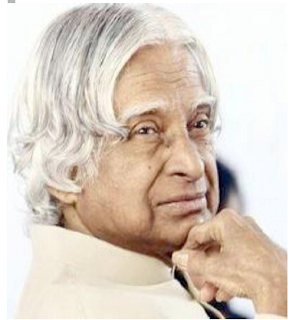 Dr. A.P.J. Abdul Kalam was born 15 October 1931 in a necessitous and little educated Tamil family in Rameswaram district of Tamil Nadu, India. His father is Jainulabdeen who was a boat owner and his mother is Ashiamma, was a homemaker. He received average grades in school but was seen as a hardworking student and a bright student with a strong desire to learn things. He started working at a young age to support his father. He used to study for hours especially mathematics. He completed his schooling from Rameswaram Elementary School. He graduated in Physics from St. Joseph’s College in Tiruchirappalli in 1954 which was then affiliated to the University of Madras.

In 1955, he moved to Madras and joined the Madras Institute of Technology to study
Aerospace Engineering. His dream was to become a fighter pilot but he was ranked ninth
while the Indian Air Force offered only eight slots and he missed the opportunity. Kalam rose from obscurity through his personal and professional struggles and his work on Agni, Prithvi, Akash, Trishul and Nag missiles became a household name in India. He raised the Nation’s prestige to international reckoning.

“Dr. A.P.J. Abdul Kalam passed away on 27th July 2015 due to cardiac arrest while addressing the students in a lecture at Indian Institute of Management, Shillong.”