These were the words uttered by one of the
great freedom fighter and a poet , 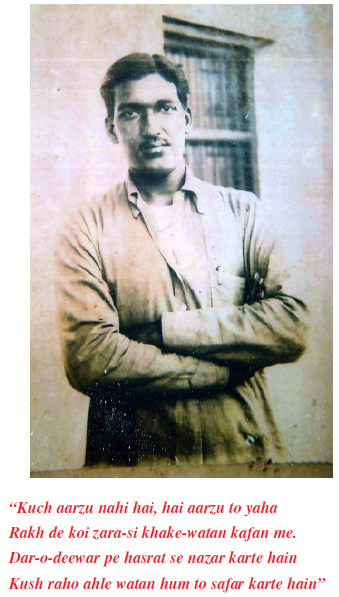 Ashfaqulla Khan.
Ashfaqulla Khan was an amazing poet and his pen
name was ‘Hasrat’ .Ashfaqulla Khan was born on
22nd of October 1900 in Shahjahanpur in Uttar
Pradesh. He was son of Shafiqulla Khan and
Mazharunissa. He was youngest of all his five
siblings. His father, Shafiq Ullah Khan belonged to
a Mughal family who used to work with police
department of British. His mother was a pious lady.
During his schooling he had a great influence
of Mahatma Gandhi, Father Of The Nation. He took
an active part in Non-Cooperation Movement upon
the call of Gandhi.Each and every Indian carried the
hope freedom in their Hearts through this
movement. He met Ram Prasad Bismil, one of the
famous revolutionaries of the time and a poet. This
poetic nature of both, led to a built a strong relation
of friendship. Even though there are differences of
faith, their common objective to free India from the
shackles of the British rule.

In 1922, Gandhi withdrew the Non-Cooperation Movement after the Chauri Chaura incident which left most of the youngsters depressed. Ashaqullah felt disppointed and decided to join the revolutionaries along with his friend Ram Prasad Bismil to make India Indpendent. 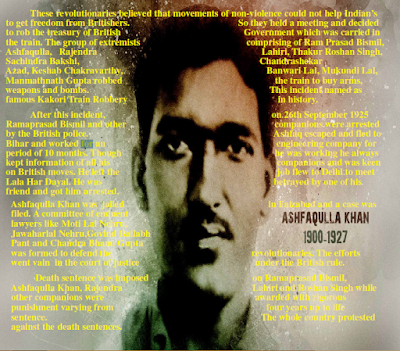