Christmas Day falls on December 25 and is an occasion for Christians to celebrate the birth of Jesus. Many people, even if they are not Christian, give each other gifts, prepare special meals and decorate their homes at this time of year. Many aspects of the Christmas celebrations originated from winter celebrations in Europe. However they are increasingly influenced by the Australian climate and wildlife. 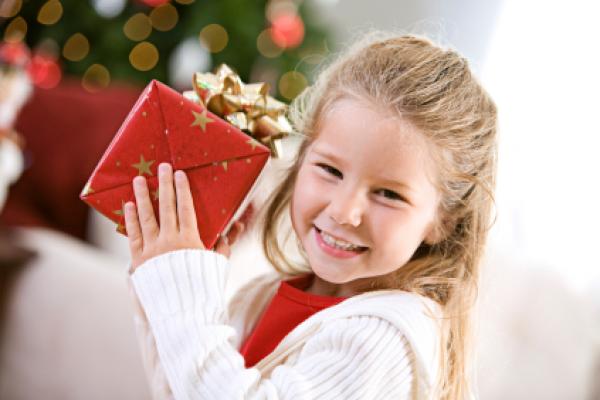 People often spend Christmas Day with family members or close friends. Christmas Day falls in the middle of the summer school holiday and both December 25 and 26 are public holidays. Hence, many people celebrate the event away from home, in holiday parks, on camp sites or at relatives' homes.
In the weeks before Christmas Day, many people decorate their homes with Christmas decorations. These often include a Christmas tree, candles or small electric lights, glass baubles, tinsel, snowmen, fake snow and figures of Santa Claus in his red fur-trimmed outfit. Typically Australian decorations are also used. These are glass baubles or wooden ornaments decorated with images of Australian wildlife, such as bilbies, koalas, king parrots, Waratah flowers, or Australian landmarks. Small statues of native animals dressed in 'Santa' hats and sleighs pulled by groups of six white kangaroos are also popular, as are figures of Santa Claus in beach clothing.
On Christmas Day, children hope to receive gifts in a stocking or under the Christmas tree from the mythical figure Santa Claus.  In the weeks before Christmas, they write letters to him so that he knows what they want. In some stories, Santa Claus wears a thick red, fur-trimmed suit and travels in a sleigh pulled by reindeer. In others he wears shorts and a loose, brightly colored shirt and his sleigh is pulled by six white kangaroos. In some families, individual members also exchange gifts.
Many people eat a special meal on Christmas Day. Traditionally, the main meal was similar to the Christmas meals served in Europe. They consisted on roast meats and vegetables and heavy fruit cakes and steamed puddings. A small coin was often baked inside a steamed pudding, which was doused with burning alcohol before being served. Whoever found the coin in his or her portion, would have a lucky year. However, now many people choose to hold a barbecue at the beach or a picnic in a park or prepare a meal of cold meat and seafood followed by Pavlova, a soft meringue cake topped with whipped cream and fresh fruit.

Christmas Day falls in the summer school holiday. All schools and other educational establishments, many businesses and many stores are closed on Christmas Day. Some public transport systems close down and others offer only a limited service. If you wish to travel by public transport, it is a good idea to check the services before you make your plans.