The Legends of India Mahatma Gandhi and A.P.J. Abdul Kalam were born in Same month of October. Let us discuss about them,

Mahatma Gandhi was a true social worker fighting against the evils 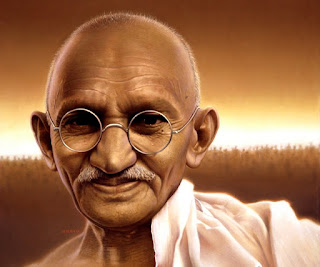 of society. He always said, if you want to do social work, you start it yourself. He was very worried about poverty of India, and his political movements were also a type of social work.
Poverty was the main focus of early social work, and it is intricately linked with the idea of charity work. However, it must now be understood in much broader terms. For instance it is not uncommon for modern social workers to find themselves dealing with the consequences arising from many other ‘social problems’ such as racism, sexism, homophobia, and discrimination based on age or on physical or mental ability. Modern social workers can be found helping to deal with the consequences of these and many other social maladies in all areas of the human services and in many other fields besides. Mahatma Gandhi wrote, “Your fear about my being engrossed in the political strife and intrigues may be entirely set aside. I have no stomach for them, least at  the present moment, had none even in South Africa. I was in the political life because there through lay my own liberation. Montagu said, “I am surprised to find you taking part in the political life of the country!” Without a moment’s thought I replied, “I am in it because without it I cannot do my religious and social work,” and I think the reply will stand good to the end of my life.”
Mahatma Gandhi wrote, “It has been suggested that this programme turns the Congress into a purely social reform organization. I beg to differ from that view. Everything that is absolutely essential for swaraj is more than merely social work and must be taken up by the Congress.
Mahatma Gandhi Wrote, “The hospital started under such auspices with fairly ample funds at its disposal should grow day by day and supply the need of the middle class women of Bengal. This hospital reminds us of the fact that social work was as dear to the Deshbandhu as political. When it was open to him to give away his properties for political work he deliberately chose to give them for social service in which women’s service had a prominent part.”


Mahatma Gandhi Wrote, “We realize, they say, that our real work lies in villages, and that while doing this work we can also do other social work among the villagers. By popularizing the use of the spinning-wheel we can convince people what a terrible disease their idleness is. Wherever the volunteers work in a spirit of service, they succeed in creating a sense of brotherhood among the people. And the difficulty of selling khadi, they point out, is avoided by following the method of getting people to stock their own cotton and produce khadi for their needs.” 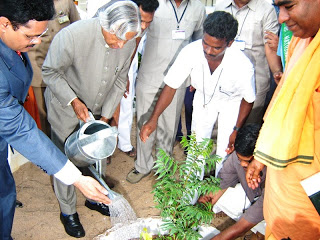 These Rare Stories About Dr. APJ Abdul Kalam Will Make Your Day Today. 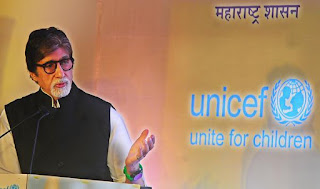 Amitabh Bachchan, is in popular parlance, the king of Indian
cinema. On 14 April 2005 he  was officially appointed as UNICEF
Goodwill Ambassador by Executive Director Carol Bellamy at New York 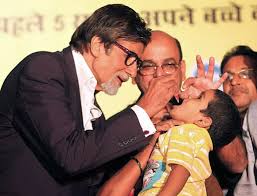 Headquarters. As a UNICEF Goodwill Ambassador, Mr. Bachchan will focus on polio eradication and HIV/AIDS.Mr. Bachchan is the prodigious son of the great Hindi poet Harivansh Rai Bachchan. He is extremely well respected and has a powerful connection with the South East Asian population. Mr. Bachchan appeals to people from all walks of life, from the youngest to the oldest.
Since 2002, he has been taking time out of his busy acting schedule to
contribute to India’s pulse polio immunization  programme and appeared
in a series of award-winning television and radio commercials, which the
Government of India and UNICEF have been telecasting an all national
channels. Due to his enormous popularity, credibility and appeal as a
humanitarian, he played an instrumental role in convincing parents to
immunize their children.
In early January 2005, Mr. Bachchan made an appeal for relief
to tsunami survivors. He spoke passionately of the world’s collective duty to the children who are the youngest and most vulnerable of the survivors. He recorded a Public Service Announcement on 30 October for the Global HIV/AIDS Campaign and met with HIV-infected children.
Also in 2005, Mr. Bachchan will do a special 90 minute episode of “Kaun Banega Crorepati” for UNICEF on Diwali eve, 30 October 2005. This is the Hindi version of “Who Wants to be a Millionaire.” Mr. Bachchan will speak about UNICEF, its mandate and his role as Goodwill Ambassador. The award money will go directly to UNICEF India.
A prolific actor, Mr. Bachchan has starred in more than 150 films. Many of his films, particularly those from the mid-1970s to the mid-1980s, were resounding successes. He is not only a Bollywood star but has also received international accolades. In 1999, Mr. Bachchan was voted the Star of the Millennium in BBC’s poll on the Internet. He defeated the likes of Charlie Chaplin and Robert De Niro to win this honour. In 2001, he was awarded the Padma Bhushan for his outstanding contributions to Indian cinema. He has also provided narration for numerous films and cultural programmes.
Mr. Bachchan is married to Jaya Bhaduri, also a talented and popular actress. They have two children.