first Prime Minister of India and a central figure in Indian politics before
and after independence. He emerged as the paramount leader of the
Indian independence movement under the tutelage of Mahatma Gandhi
and ruled India from its establishment as an independent nation in 1947
until his death in 1964. He is considered to be the architect of the
modern Indiannation-state: a sovereign, socialist, secular, and democratic
republic.He was also known as Pandit Nehru due to his roots with the
Kashmiri Pandit community while many Indian children knew him as
Chacha Nehru  ("Uncle Nehru").


In INDIA his birthday is celebrated as

Jawaharlal Nehru was one of the few Indian states men at that time who understood the need of proper intellectual development of the Indian populace. Nehru realized that the only way the Indian Republic can reestablish its presence in the world stage is through the intellectual power of its citizens.
·         Jawaharlal stressed on the teaching of science and its practical application fields.
·         “Special focus was put on development of technology which resulted in the demand of IIT graduates among corporate.”
·         The establishment of such learning centers also indirectly contributed to the emergence of the Indian Republic as a pharmaceutical major in the late 1980's.
·         Most of the economical (cheapest) medicines in the world are produced and sold in India. The capabilities of the Indian software industry have also amazed the world.
·         The government schools provided free meals to its students. This scheme was the trump card of Jawaharlal Nehru. The food acts as a magnet for the impoverished hungry child. The food given in the primary education programs included milk in addition to pulses for a healthy meal.
·         The specter of malnutrition in the 1950's and 1960's India were fought in this way. Jawaharlal Nehru also established vocational schools for adults.
·         Adult education centers were created both in rural and urban areas. Higher technical schools were also established.

The success of Jawaharlal Nehru's reforms is apparent throughout the modern Indian Republic. The booming economy of contemporary India underscores this fact.

On this Children’s day let us know talents of some wonder kids,

Writing : Writing is a talent that all people can’t do it. A school student of 7 years from North India left surprised with her beautiful hand writing. 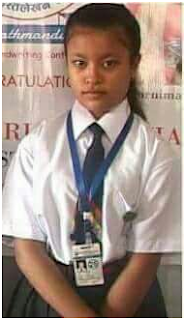 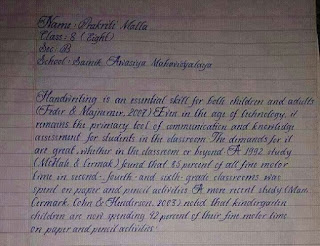 Fancy Dress : Some kids are very good looking in Fancy dress. Every year each and every school celebrate Children’s day and offer tribute to Pandit Jawaharlal Nehru, 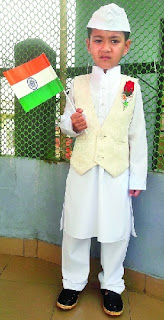 In Schools Every year Children’s day is celebrated in schools and give tribute to the
Legend Pandit Jawaharlal Nehru.
at November 21, 2017