Turmeric is used as a spice in curry powders and mustard. It is being investigated in clinical trials for the treatment and prevention of cancers, particularly of the gastrointestinal tract, and for treatment of colitis and Alzheimer and Huntington diseases.
According to the Journal of the American Chemical Society, turmeric contains a wide range of antioxidant, antiviral, antibacterial, antifungal, anticarcinogenic, antimutagenic and anti-inflammatory properties.


It is also loaded with many healthy nutrients such as protein, dietary fiber, niacin, Vitamin C, Vitamin E, Vitamin K, potassium, calcium, copper, iron, magnesium and zinc. Due to all these factors, turmeric is often used to treat a wide variety of health problems. 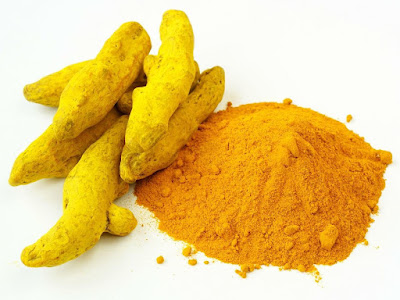 How does it work?
Turmeric contains the chemical curcumin. Curcumin and other chemicals in turmeric might decrease swelling (inflammation). Because of this, turmeric might be beneficial for treating conditions that involve inflammation.
·         Stomach ulcers. Some research suggests that taking turmeric three times daily for 8 weeks does not improve stomach ulcers. Also, taking powdered turmeric four times daily for 6 weeks seems to be less effective than taking a conventional antacid. 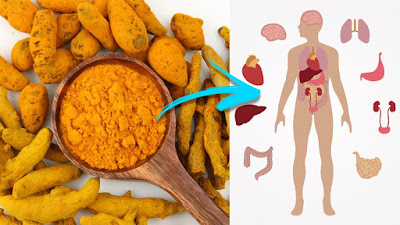