Madurai is a fascinating town located in the south Indian state of Tamil Nadu and occupies an important place on the itinerary of a tourist on a pilgrimage tour. Madurai is home to a large number of splendid temples that belong to the ancient and medieval era, and are recognized for their architectural grandeur. There are interesting stories about Madurai that enchant the visitors to this exquisite town even today. A trip to Madural is highly recommended for tourists to South India, since there are many things to watch out for the tourists. 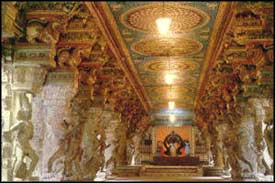 History
The history of Madhurai will take a person to the Sangam period even before the Christian era.Tamil literature saw its golden period during the Sangam age and many masterpieces were produced during this time.
The Greek ambassador Megasthenes also visited Madurai as early as 3rd century BC followed by lots of subsequent western travelers. Later it was annexed by the Cholas who ruled Madurai from 920AD to the beginning of the 13th century and in the 1223 AD Pandyas took over this territory and immensely patronized the Tamil language. This town was demolished and looted by the Delhi armies under the leadership of Malik Kafur but saw significant revival under the Vijayanagar Empire.

After the British arrived in India they started expending their empire and Madurai subsequently became a part of their huge empire. The first collector of Madurai was George Procter who was appointed by the British to take care of the administrative affairs of this town. After the Indian independence, Madurai was divided into two separate districts namely Madurai and Dindugul. It is now an important district of Tamil Nadu.
Best Season, Climate, and Clothing


Madurai can best be visited from the months of October to March owing to pleasant climatic conditions. In the winters the temperature is around 20 degrees while in the summers it may rise to about 40 degrees.
at February 28, 2018