Mathura is one of the holiest towns of Uttar Pradesh and ranks high among the pilgrim destinations of north India. It is located on the western banks of River Yamuna and was formerly a hub of rich culture and civilization. The Krishna Janmabhoomi temple is the most important attraction of the town and has its own charm and grandeur that gets manifested through its magnificent architecture. The pleasure of exploring this ancient town cannot be put in words and it would seem as if the history of this place has come alive. You should have a fair idea about Mathura including vital tourist information about the city before embarking on a journey to this sacred place.

Touristplacesinindia.com provides helpful online information about Mathura that would be of immense help to those who are planning for a trip to Mathura. You can learn about the history, best time to travel and important facts and figures of this town. 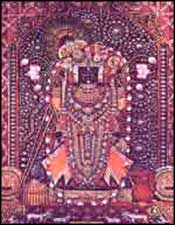 Mathura is one of the most ancient towns of India and finds mention in the Ramayana, the oldest epic. This place was thickly forested and was known as Madhuvan then Madhupara and later on Mathura. Mathura became the capital of the Shursen republic in the 6th century BC and soon after was ruled by the Maurya Empire and the Sunga dynasty. Archaeological proof seems to point that, by 100 BC, Jains used to live in Mathura. The art form of Mathura and its culture reached its summit under the Kushan dynasty who had declared it as their capital.

Mahmud of Ghazni in 1018 ransacked many of its temples and later on was the place destroyed by Sikandar Lodhi who got the epithet of ‘But Shikan’- The destroyer of idols.
Mathura was afterward won over from the Mughals by the Jat kings of Bharatpur but consequently annexed by the Marathas. Built in the year 1815 by Seth Gokuldas Parikh (treasurer of Gwalior), the Dwarkadeesh temple is the main Krishna shrine at present in Mathura and is one of the most famous tourist attractions of Mathura.

Mathura experiences an extreme and tropical type of climate. The summers are generally hot and winters are chilly and foggy. From July to September it experiences southwestern monsoon rains. The ideal time to visit Mathura is during the winter season, between the months of October and March. For the summer season cotton clothing is ideal while heavy woolens are recommended for the winters.
at February 28, 2018