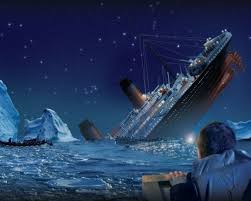 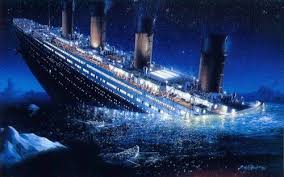 The RMS Titanic
No other ship has captured the world's attention, quite like the Titanic ship. Constructed to be unsinkable, this first class ocean liner set sail on April 10, 1912. The world had awaited the maiden voyage of this luxury liner for months. The White Star Line had taken great care to publicize the fantastic engineering of the Titanic and the world waited with baited breath for the ship to make her first voyage.

Passengers boarding the Titanic
As the passengers boarded the gangplank at Southampton, England for a trans-Atlantic crossing they were no doubt pleased to be a part of the maiden voyage of the invincibleTitanic ship. Little did they know, however; that in just a few short days their names and the Titanic would be forever immortalized.

The Titanic ship disaster began, ironically enough as the ship was heading out to sea. The ship's builders had spared no expense in assuring that the Titanic would not only be the safest ship on the waters, but also the largest. This fact proved to be disastrous from the beginning. The larger ship managed to suck a much smaller vessel, the New York, into her wake as she began plowing through the waters with her massive propellers. The two ships came very close to colliding. This near miss may have set a few nerves on edge, but it was nothing compared to what would come later.

The Titanic Leaving Queenstown
Despite the close call, the first few days of the ship's voyage in no way indicated the tragic history of Titanic ship. Information of Titanic records indicate the ship made two ports of call, both with no incident. After the stop in Queenstown, Ireland to take on more passengers, the RMS Titanic set sail once again, headed for her destination in New York.
For four days the ship's elite passengers reveled in the brand new amenities of the Titanic ship, replete with every modern luxury known at the time. During the early part of the 20th century, it was considered quite sophisticated for wealthy families to spend portions of their time in Europe, which necessitated crossing the Atlantic at least once per year. Even to these jaded travelers, however, the Titanic ship was like no other. Nothing had been spared to insure the comfort of the first class guests. The ship was even equipped with only 20 lifeboats, so that precious deck space for the first class passengers would not be taken up by bulky lifeboats.
Down below, however, it was a different story. While the luxury liner teemed with a significant number of first class passengers, hundreds of second class and third class passengers survived the first few days of the voyage in cramped compartments. Most of these individuals were immigrant families who had scraped together every bit of money they had to travel to America aboard the grandest, and supposedly, safest ship everbuilt.
When the Titanic ship disaster finally reached its pinnacle on April 14th, each and every passenger on board; wealthy and poor alike; were forced to fight for their very survival. In the end only 705 persons survived the sinking of the ship, out of 2,228 passengers and crew members. 1,523 lives were lost when the Titanic ship beneath the ice cold waters of the Atlantic.
References:
Elizabeth Shutes' account first appeared in: Gracie, Archibold, The Truth About the Titanic (1913), reprinted in: Foster, John Wilson (editor), The Titanic Reader (1999); Lord, Walter, A Night to Remember (1955); Davie, Michael, Titanic: The Death and Life of a Legend (1986). 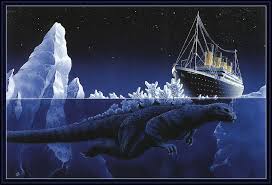 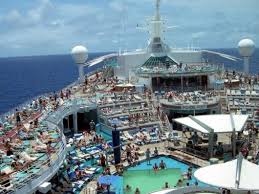