Having grown into one of the largest and chic IT hubs of India in the last few years, Gurgaon evokes a lot of curiosity in the minds of the tourists and the corporate world. People want to know more about Gurgaon and its people. Situated in the National Capital Region, it is one of the fastest developing cities in Greater Delhi. Of late Gurgaon has flourished as the center of Information Technology and other new-age businesses. One of Delhi’s four major satellite cities, Gurgaon has of late been settled by several people due to the flourishing industrial scenario. 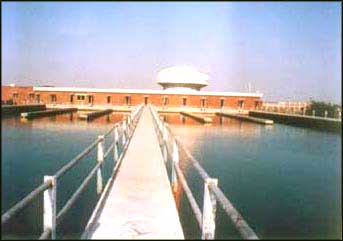 History:
Legend about Gurgaon says that it was an ancestral village gifted by the Pandavas and the Kauravas to their teacher Dronacharya. This is believed to be the place where Dronacharya gave lessons on archery to the Pandavas. During the Medieval period, it underwent several ups and downs at the hands of Muslim Rulers. It was towards the end of 1803 that the East India Company took over control of Gurgaon through a treaty signed by Surji Arjungaon. The battle of Indian freedom saw active participation of the several people of Gurgaon.
Climate and clothing in Gurgaon:
Dry and hot summers with temperatures reaching as high as 45°C and chilly winters which range between 21° C and 7° C mark the climatic conditions of Gurgaon. However, the monsoons from July to September bring considerable respite. Prefer carrying along with you light cotton clothes in summers and light woolens in the winters.

How to Reach Gurgaon:

Air: Indira Gandhi International Airport, at New Delhi, 10 km away from Gurgaon is the nearest airport from this city.

Rail: Regular train services connect Gurgaon to all parts of the country. The Gurgaon railway station is situated towards the end of the city and links Rewari on one side and Delhi on the other.

Road: The state transport bus services linking Gurgaon to the adjacent cities within and around the state are commendable options of road transport. Also, private taxis, buses, metered auto-rickshaws, and state buses are comfortably accessible.

Interesting Tourist Attractions in Gurgaon:
Research about Gurgaon will tell you that it is primarily a commercial city; but it is also home to quite a few interesting tourist spots.