Who Decides What You Breathe?

It’s high time that the government as well as citizens realize their respective responsibilities. One cannot work without the other.

There was a time when I used to wake up in the morning, have a cup of tea on the balcony and start the new day with fresh air. But now the first thing which I do is to check my phone to see the Air Quality Index of Delhi (AQI). This is the unprecedented change which has forced me to ponder over the quality of lives which we are leading.

And this is not an individual problem but a mass-problem which we Delhiites are suffering every single day with every single breath. Choking levels of pollution, decreasing visibility and turning of Delhi into a fatal smog-screen has become the new status quo. Delhi pollution levels have been hovering around horrifying levels of AQI 480, almost 9 times the normal level of AQI. This has been majorly constituted by exceeding levels of PM 2.5 and PM10. This is putting us at a higher risk of asthma and other respiratory diseases. We conveniently talk about smart cities and all other urban amenities which makes our life easier but fail to even think about making our city Environment smart. The way to look forward is to propose solutions to this problem which run effectively in the short run as well help us tackle the menace of pollution in the longer run.

To understand the problem of air pollution and to design a correct policy to deal with it, we need to look towards the sources and comprehend how the levels of PM2.5 peaked overtime. Recent studies of Delhi Pollution Control Committee (DPCC) show that there is a gamut of sources of pollution in and around Delhi. The much hyped and politically commented about is the burning of stubble in the geographies around Delhi, including parts of Punjab, Haryana and Western Uttar Pradesh. Adding to the misery is the large-scale construction works in the National Capital Region, which is only expanding. The ever-increasing vehicular emissions and burning of garbage dumps are increasing the carbon-content in Delhi’s air by the minute. The burning of firecrackers on Diwali and other festivities is another sacrosanct problem. And the most worrying part is, that one cannot see a near-end to this menace.

We need to take the responsibility for our actions and recognize that the growing threats of breathing a polluted air is affecting all of us. It has always been a challenge for the policymakers to develop a mechanism which figures out how much value do people put to clean air. The first thing which the government can start with is empowering citizens with the right information about pollution levels, the severity of pollution, its sources and its consequences. It would be only then that the citizens will realize the trouble they are in and collectively think about a solution for the greater good of all.

As a daily commuter in Delhi who has never owned or driven a car, the Delhi Metro was a life-changing experience for me. It provided a cheap, time saving and safe public transport. But unfortunately, those who are making decisions about the Metro fares, themselves travel in air-conditioned, chauffeur-driven cars. And this may be the reason why they do not realize the consequences of the 100% fare hike. This has actually resulted in many commuters switching to cabs and even own vehicles which again add to the emission levels. The dwindling future of the capital city makes it the need of the hour to develop an efficient, affordable, reliable and world-class public transport network in the capital city which can be easily provided by rolling back the hike in metro fares.

Another major reason which turned the capital city into ‘a gas chamber’ was stubble burning by farmers in areas around Delhi. To deal with this problem the government should create awareness among the farmers about the detrimental effects of burning on soil quality, productivity levels, and their health to discourage the farmers from burning the stubble and adopt the idea of commercializing paddy straw or stubble. This can be achieved by developing a market for stubble where the farmers can supply and stubble can be used as an input for animal feed, cardboard, paper and other products. Alternatively, state governments should rent the machines for stubble cutting and charge only a nominal fee to the farmers. This would change the attitude of the farmers and they would internalize the cost they inflict on everybody else.

Regulated construction and strictness against all illegal construction in the capital city is the only way out to curb the dust particles adding to the air. State Governments should issue Environment Smart certificates to factories which pledge to carry out their activities abiding by the pollution norms set, to employers who encourage their employees to use public transport, to drivers who maintain the fuel emission standards, to manufacturers and investors who invest in developing green and efficient technologies and lastly to the citizens who pledge to switch to cleaner and greener energy sources. And then a while declaring a city as a ‘smart city’, the central government can take into account total number of Environment Smart Certificates issued in that particular city. This will incentivize the state governments to provide a conducive environment as well as the citizens to work for sustainable development.

To tackle with the problem of air pollution the government needs to have a multi-sectoral action plan which has to be implemented keeping in mind the short term as well as well long term needs based on the Real-time AQI levels. In the emergency situations, the government should control the pollution levels by Artificial Rainfall, shutting down its electric power plant, banning construction work, close brick kilns, and stone crushers. Whereas in the long run, it is very important for the government as well as the citizens to collectively take up the responsibility of tackling this problem.

The sooner, the better. 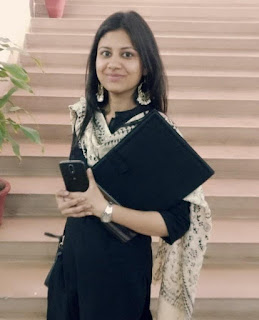 Pursuing Masters in Economics from Delhi School of Economics.