Why US government is angry on INDIANS,Shaharukh khan was stopped 3 times?

:):) And yes, I do wish the US immigration would stop detaining Shahrukh Khan as it seems to be getting into a habit now. @iamsrk. Seems to me the US immigration has never heard of ” King Khan” @iamsrk. They are only familiar with “King Kong”.
Actor Irrfan Khan has been detained as well and says the American system isn’t fullproof. “This is ignorance on their part. Their system is not full proof. Even our president had been stopped, and so was I at the immigration several times in the US at the airport. So whenever I go to the US I always think they will again stop me this time.”
Irrfan explains what happens when one is begin detained, “Whenever you cross immigration counter and give your passport, they ask your purpose of visit. And then they suddenly check something on computer and then their perception changes.”
“They take away your phone, you are not allowed to call anyone or talk to anyone. They call the police and take you to a room and (you) can’t question them as to why they are taking you and where. When all verification process is properly done by them and they are satisfied, they let you go,” he said.
Fact is certain name or colour of the skin are suspected
Renowed writer Javed Akhtar wondered why Shah Rukh Khan had to be questioned so long. “I am not saying they should be nice to Shah Rukh Khan, just because he is a celebrity. I am saying it is much easier to find out about Shah Rukh Khan because he is a celebrity. You can stop a person, you have all the right. You don’t like his surname, perfectly alright. But why does it take so long to find out about this man, while it’s so easy. The fact is that certain names, or colour of the skin are suspected. Everybody knows it.”
Shah Rukh Khan is not the only Indian celebrity to have been questioned in the US. Aamir Khan was strip searched at Chicago in 2002, John Abraham was stopped in New York for having Afghanistan as a country visited on his passport and fair skinned Neil Nitin Mukesh was also stopped in New York because authorities didn’t believe he was Indian. 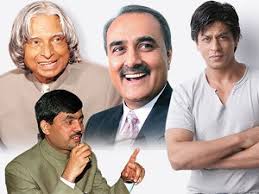