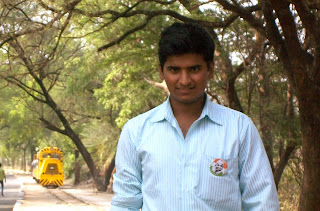 India - A Land of Possibilities. A Land which has seen some of the most glorious days ever known to the world. This land, now lurks, in the dark shadow of corruption. We have been tyrranized by the British rule for about 200 years, and after much struggle, achieved independence on August 15 1947. But has India been truly free since 1947? The answer would be No. We have been degraded even more under the corrupt rule of our politicians, bureaucracy, government officials etc. We have seen some of the most noblest of kings and most peaceful of times, but to see India in such a degraded state really pricks my heart and soul. So I have decided to do my part for the country, because I feel that every single drop of an ocean makes a difference. I try to make a difference by giving all of what I have for my country, and I would like to inspire and encourage others to work for our nation.
When I ask others to work for the nation, I do not mean that they should become come out in the streets and shout slogans or go on hunger strikes. What I ask them is to not be corrupt in their profession, nor give or take bribes. Just this much I ask for, and believe me this much is enough to make a big difference. Recently I have been very much inspired by Anna Hazare. I was wondering how could an old man, quietly sitting somewhere in Ram Lila Maidaan awaken whole of the nation to fight against corruption. The more I saw of him, the more I was filled with inspiration to intensify my ideology. This provoked me to join in his campaign.
I joined his campaign, and went on hunger strike for 4 days. I do not understand what gave me the strength to endure the wrath of hunger, but I believe God gave me strength to stand up and be in hunger strike.I knew that my efforts wouldn't go in vain. And this was proved when government agreed to pass the bill, and that day I felt like I have won a war. I was enthralled by the changes. But that victory has been start of something bigger, I guess we should stand up once again and Fight. Fight Against Corruption. So lets awaken. Cheers.
at March 10, 2018