The word YOUTH itself is the most Refreshing & Energizing thing in this world.
In present generation, YOUTH means
Ø      Films
Ø      Fashion
Ø      Face book
Ø      Fighting
Ø      Sports
Ø      Love
The most important and powerful attribute of Youth is REVOLT& REVOLUTION. We cannot tolerate injustice happening around us. Our blood boils inside and we try to fight the injustice. How do we channelize this frustration and Energy is the major challenge ??? 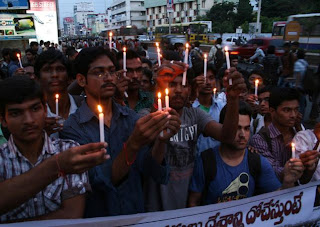 We have witnessed major Revolutions in and Arab countries (Jasmine Revolution). We also witnessed a miracle Revolution in India in 2011.For the first time in 60 yrs, we YOUTH of this great nation kept aside our Films, Cricket, Region, Religion, Race, Caste, Creed and Language and came out in large numbers (lacs) from Kashmir to Kanyakumari when a 73 yr old Icon,Anna Hazare gave a Call to the Nation to Fight against Corruption. It’s a great victory for this generation Youth. Let’s be proud to be part of such a great movement.
YOUTH has major Strengths. They are
Ø      PASSION, UNLIMITED ENGERY & JOSH.
Ø      TECHNOLOGY
Ø      ATTITUDE - Making Impossible Possible
Ø      YOUTH POPULATION - 73% i.e 79 cr youth below 35 yrs in our country.
Despite having so many strengths, why YOUTH today are failing to build a huge YOUTH MOVEMENT in INDIA?  Let’s touch the depth, go into details for the reasons. 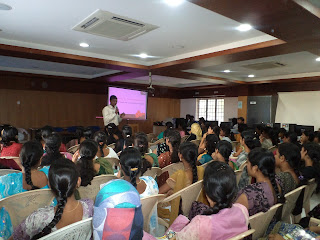 Few days ago, I had an opportunity to interact with the Professional college students in Karimnagar. They were Highly Energetic and Dynamic. I posed couple of questions to them.
What is the Budjet of ROBO, Raa One & Dukudu films ?
When did Dukudu and Body guard films released ?
They instantly gave exact answers 150 cr ,200 cr and 35 cr . Jan 14th Sankranthi release.
Then I put forth another Question.
What is our Indian Budjet and AP Budjet ?
Silence prevailed in the hall. Not even a single student was close to the answer. We have no idea about our Tax money. Where is it going ?How much  tax we are paying every month? and How it is being utilized ?
Lack of AWARENESS about the GOVERNANCE & REFORMS is the reason for Youth Failure.
Every one of us have a burning Desire and Dream to see Corruption-free and Developed India and also wish to work for our Dream but something is missing??? What is it ???
PLATFORM.We do not have a PLATFORM with clear VISION & NON VIOLENT .
Lack of PERFECT PLATFORM is the 2nd reason for Youth Failure.
As Chanakya said “The most powerful thing on this planet is the YOUTH POWER”.
We have ENERGY UNLIMITED but our Energies are being misused by our so-called Leaders during Election Campaigns. Election means
BEER, BIRYANI & BIKE RALLIES...
CELL PHONE, CBZ BIKE & CHEVRELOT CAR…
Lack of DIRECTION and LEADERSHIP is the main reason for Youth Failure.
Even if we have all the above things we miss one thing. It is Large Networks/Unity. We divide ourselves on the basis of Civil & Mechanical branches, Arts & Science groups, class& college, 1st bench & last bench, Region & Religion, Caste & Creed , Language and what not ???
Recently I came across a famous quote describing Indians .It says
INDIVIDUALLY INDIAN IS A HERO but COLLECTIVELY INDIAN IS A ZERO
Lack of LARGE NETWORKS & UNITY is another reason for Youth Failure.
We were greatly inspired and got hope to realize our dream of Corruption free during the “ against Corruption” Movement Lead by Anna Hazare. We were slightly disappointed when Lokpal Bill was made Joke pal in the parliament. Now I am fully Confident that we can bring in a huge Revolution after interacting with the  Karimnagar students. Karimnagar is known as UDYAMA PURITI GADDA , the birth place of Movement ,the heart of Telangana. Even there youth are ready to keep aside their boundaries and work for Corruption-Free India.
Friends let us form a Platform with Clear Vision, Direction and build large Networks BEYOND BOUDARIES of Region, Religion, Caste, Creed and Language (R3C2L).
We will definitely build a huge Youth Movement in next couple of years in Andhra Pradesh and in next 5 yrs in .
Regards
Devi Prasad
Youth for Better India (YBI)
at March 10, 2018