Subhash Palekar, popularly known as Krishi ka Rishi (the “sage of agriculture”), is a famous exponent of natural farming and a tireless promoter of the concept of “Zero Budget Natural Farming” (ZBNF). He hails from Amaravati (Maharashtra) but was born in the village of Belora, in the Vidarbha region of Maharashtra, which has been sadly notorious for its high percentage of farmer’s suicides these past two decades.

While his father was a traditional natural farmer, S. Palekar started practising chemical farming on their land, as he was taught in the college. Between 1972 and 1985 the production of his ‘modern’ farm increased regularly but, to his great surpise, it started declining from 1985. This unexpected result led him to thoroughly study the reasons of the decline in the yield and finally to develop the concept of natural farming.

From 1986 to 1988 he studied the ecosystem of the forests and the natural processes which enable the growth of so many fruits, plants and trees such as mango, ber, tamarind, jamulum, custard apple, neem, moha, without any intervention of human beings. As he himself explains « he found that there is a self developing, self nourishing and totally self reliant natural system in the forest, by which all the vegetation and ecosystem exist without any human existence ». Then, for six years (1989-1995), he verified these natural processes on his own farm through 154 research projects that led him to develop a method of natural farming which he called the“Zero Budget Natural Farming”.

Today, Subhash Palekar, who is still cultivating various crops on his 34 acre dry land property, dedicates himself to the propagation of his method all over India. He thus trains the farmers in this technique through camps, workshops, seminars, model farms settled throughout India, and publications in various Indian languages. About 30 lakh farmers have already successfully adopted natural farming over 10 millions of hectares.

The four principles of natural farming

Basically, natural farming aims at cultivating plants by promoting self-reliance of farmers while protecting the environment and stimulating harmony between humans, animals and plants for a sustainable development. The fundamental principle underlying natural farming is that every thing is connected to every thing else on earth as every function is served by many elements and every element has many functions. The relative placement of elements is thus an important key to the success of this method and requires a minutely detailed observation of nature in order to recreate in the fields the same kind of symbiosis, of interactivity between the plants.

farming is based on four principles:

The production cost for the farmer is zero as no input needs to be purchased. As 1.5 to 2.0 % of the nutrients are taken from the soil by the plant (the rest is taken from the air, water and solar energy), there is no need to add fertilizers. These nutrients provided by nature (as in the forest) are totally free of cost. The farmer uses its own seeds and protects the crop with natural products that he collects himself so that he does not have to buy either chemicals or seeds.

As a zero cost technique, natural farming is an appropriate answer to the current agriculture crisis and particularly to farmers’great indebtedness and dependence on money lenders, that increasingly leads too many of them to commit suicide.

Natural farming does not require chemicals inputs or organic compost like vermiculture (S. Palekar considers these external inputs as as destructive as chemicals) but promotes a natural catalyst of biological activity in the soil and natural protection from diseases.

The nutrients (Nitrogen, Phosphate, Potash, Iron, Sulphur, Calcium) which are present in the soil are not in an available form for the plants. They first need to be transformed through the action of micro-organisms (bacteria, microbes and local earthworms) that are normally present in the soil as well. But the excessive use of chemicals have destroyed these micro-organisms. It is thus necessary to reintroduce them through natural methods like application of local cow dung which, according to S. Palekar, contains 3 to 5 millions of such beneficial microbes. His researches show that local cow dung (zebu) is the most effective compare to foreign cows (Jersey, Holstein). Only one cow is needed to cultivate 30 acres of lands (most Indian farmers own less than 1 acre) as one cow gives about 11 kilograms of dung per day and as only ten kilograms of local cow dung are required per month to cultivate one acre of land.

Observing nature, S.Palekar thus developed a natural “catalytic agent” known as Jivamrit to promote the formation of humus in the soil by encouraging the multiplication of micro-organisms that decompose the dried biomass of the soil and make it available as nutrients for the plants. The components of jivamrit are entirely natural: water, local cow dung, local cow urine, jaggery (sugarcane sugar), pulse’s floor and soil.

On the same pattern, he designed a seeds treatment formula to protect them from various diseases and insects, without using any pesticides: bijamrita is a natural mixture of water, local cow dung, local cow urine, soil and lime.

These natural catalysts, protections and treatments ensure the quality of the soil, the underground water and the crops. Preventing any deterioration or pollution of the environment and maintaining the productivity at a very good level on the long term, natural farming can thus be equated with sustainable agriculture.

Mulching is also one of Zero Budget Natural Farming’s four wheels. It is necessary to create the micro-climate under which micro-organisms can best develop, that is 25 to 32 °C temperature, 65 to 72 % moisture and darkness and warmth in the soil. Mulching indeed conserves humidity of the soil (therefore diminishing the need for irrigation), cools it and protects its micro-organisms.

Intercropping, multicropping or mixed cropping, as opposed to mono-cropping which has been imposed by industrial and mechanised agriculture, is the cultivation of two or more crops in proximity in the same field, during a growing season, to promote interaction between them. It is based on the assertion that there is a complementarity between plants. Natural farming enhances the use of the soil and its nutrients through this complementarity between the crops.

Multicropping is a good way to minimize the risks for the farmer who is able to enjoy continuity of yield throughout the year. In case of a crop’s failure he can also rely on the other crops. Other advantages of intercropping include the limitation of outbreaks of crop pests (some plants act as natural pesticides against other crops’ pests) while rotation protects against endemic pests; the protection of biodiversity; a better and richer nutrition.
Who are the beneficiaries of natural farming ? 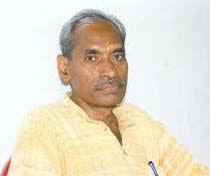 Natural farming focuses mainly on small communities and family settlements to whom it ensures livelihood and self-reliance. It prevents small farmers of being dependent on and exploited by firms and multi-national corporations that dominate the agricultural market of chemical inputs and seeds.
An assessment study with farmers from Karnataka who switched over natural farming after attending Subhash Palekar’s workshops shows that the model is effective and the benefits for the farmers are tremendous. As the author of the study states: “The system of zero budget natural farming is eminently suited to the farmers particularly small and marginal farmers because of its simplicity, adoptability and drastic cuts in cost of cultivation of crops. The appeal to the farming community lies in the fact that maintaining optimum levels of production and keeping the cost of cultivation to the bare minimum will substantially enlarge the profit margin.”
From an economic perspective, natural farming has proved more cost effective and input efficient than industrial farming as the farmers spend practically no money on inputs. For example, they would spend only Rs. 100-200 for one acre of paddy whereas they used to spend Rs. 3000 while practising chemical farming.
Natural farming is particularly suitable to small farmers who own only a few acres of land and do not have financial resources. Following the stagnation or even downfall in crops’ productivity in farms using modern technologies and tonnes of pesticides and fertilizers, natural farming proves to be more productive and this on a sustainable way. It actually ensures every farmer its livelihood. Whereas chemical farming turned to be a subsistance agriculture for small farmers, as the profits made from the sale of crops would not be sufficient to repay the loans raised to produce these crops, zero bubdget natural farming enables the famers to increase their returns. For instance the productivity of Basmati rice is about 24 quintals per acre through natural farming, against about 10 quintals in chemical farming.
Moreover, it requires only 10 per cent water and 10 per cent electricity than what is used under chemical and organic farming. Apart from being therefore less costly than modern farming, it is also adapted to the dryland areas that comprise 70% of the cultivable land in India and that have been completely neglected by the Green Revolution and the Government policies.
Natural farming also means diversification and increase of income sources by growing and selling different types of cereals, vegetables, legumes, fruits and even medicinal plants thanks to multicropping and low cost cultivation. For example, a farmer in Karnataka could ensure an additional income of 15,000 Rs. by cultivating ashwaganda, a medicinal plant, as intercrop with sugarcane.
Last but not least diversification of crops through natural farming provides nutritional balance and helps overcoming malnutrition which is rampant in Indian, especially in rural areas. Natural farming also free farmers, their family and neighbors from health hazards which were due to contamination by chemicals of the soil and groundwater.
In the last analysis, natural farming works as a rehabilitation for small scale farmers : it brings them back their dignity, pride, self-respect and self-confidence in their own knowledge and capabilities in making small scale agriculture a viable activity and way of life. Natural farmers emerge as the real experts in sustainable agriculture.
at March 10, 2018