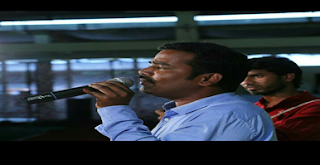 He was born on 13-06-1984.He is BA graduate. His wife name is Padma who is also a singer. The couple has two children named Sruthi and Laya. He loves singing right from his childhood, he started singing songs from his 5th standard and had a dream to create an album. He has a team in Telangana udyamam in 2009-2013 by a name Sruthi-Laya cultural academy. From 2012-2018 he worked as cultural incharge in VandeMataramFoundation(VMF). He organizes 5 summer camps at a time and give training to nearly 200 students. He gives training on Folk and Western dance and singing. They are about to provide some more services to the society on behalf of Sruthi-Laya cultural academy. He discontinued his degree and joined a company. He left the company and started singing songs. Sir Rasamayi Balakishan is his inspiration. He organizes 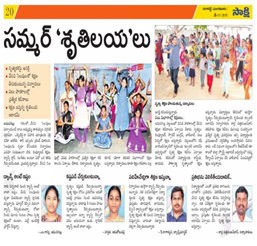 programs based on the situation in society. He feels happy that he fulfilled his dreams. He learnt everything from VMF. He is inspired by Sir Madhava Reddy who is VMF State Secretary who motivated him the most. He had completed a album called ATMEYA BANDHAM with 12 songs. He is doing his own album with songs which consists of how he had grown from his childhood, how they used to play in childhood etc. He completed three songs, yet 3 songs are to be completed. On the name of Bharatamata concept in 2015 he is selected to sing a song in Delhi`s AP Bhavan. He was felicitated by Sir Murali Mohan and Sir Venkayya Naidu for his song. He is hidden inspirational personality. 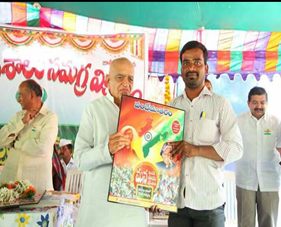 Ø  Give an Example of a time when you solved an analytically difficult problem?
While I was working in the company, I started a business which didn’t give me success and I was very nervous at that time a friend of mine helped and motivated me which is unforgettable.

Ø  How old are you, when you had first achievement? Share something about that?
My entry was with Dhoom Dham and worked as a team member later on I formed a team and starting giving sessions to people who has minimum knowledge in singing and drums.

Ø  Tell us about an accomplishment you are most proud of?
I feel proud that I am able to sing a song based on any situation and that too with spontaneity.

Ø  Whom do you like to credit your role model as --- Why?
I have two role models Sir Rasamayi Balakishan and Sir Madhava Reddy.

Ø  You spent long journey working, any observations about the challenges that are specific to your profession?
There are people who aren’t happy with the talent we have and they will not encourage us to succeed. I have faced lot such situations. 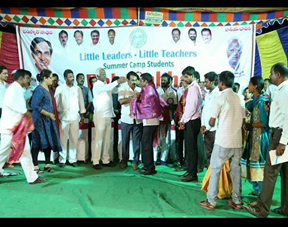 Ø  Which is your best achievement?
Every student has some talent, I take up a constituency where I conduct camps and select 200 students through Sruthi-Laya cultural academy and discover talent of children who have talent but doesn’t find platform to express their talent. I feel it as my best achievement as I am digging the talent of students.

Ø  Tell us about a situation causing the feelings of regret in your career? If any?
I feel regret that I am not able dedicate my complete service to the society, with that reason I have left VMF and started Sruthi-Laya cultural academy to dig out the talent from the society.

Ø  What message you want to pass for our upcoming generations? 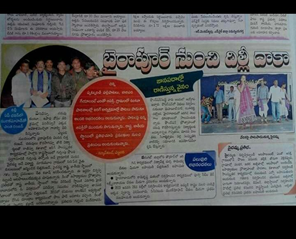 Technology can be used for a good and worse reasons and I suggest youth to use the technology wisely for a good reason.

Ø  What motivates you to get out of bed for a hectic work area every morning?
I wake up every day with the motivation that I have to give my best service to the society.