We have so much more updated operating systems in our mobile phones, every time we can but the time from when education was introduced to us, it is unchanged.  That is totally illogical, isn’t it?

Why marks are such a big deal in our Indian education system. Basic initialization is obviously affected by the so-called marks but real life skills, 75% implementation is done by real life skill set.

Team work, team efficiency and clarity of thoughts is basic agenda to be comfortable at co-operate world.

According to 2011 year’s research In India around 10.4 million students don’t go to school. Wow that is like about the whole population of countries like England, Italy, Germany, France & Australia. It is truly a terrifying situation.

Education is obviously important but we don’t have to survive, we have to live this “you only live once” life. Schooling is the basic need and it is provided until secondary free of cost, if it is declared by our system then why isn’t it actually implemented & accepted. If India would concentrate on practicality instead of mugging up the books then it might have not produce tones of robots every year instead would produce some great brains like Sundar Pichai!

And create some Microsoft and Apple in India itself.

Education system also needs to understand the psychology of students. Open universities should be promoted. Digital learning adaptation should be also done. Basically Practical acknowledgement should be done.

Indian students obviously have that potential to portray but they couldn’t be acknowledged by our country so they prefer foreign countries.

Education, I again just don’t mean about our curriculum our academic structure or our namesake grades. It is not only the process of receiving and giving systematic instruction, especially at college or university, but also the process of facilitating learning or acquisition of knowledge, skills, values, beliefs & habits. Education system is related to everything around every aspect of our system.

Instead of crying and complaining about an immortal education system, maybe we should consider the ‘unschooled system’ OR ‘homeschooled’. Malvika Joshi is one of the greatest student around who didn’t had an actual degree, was homeschooled and got a scholarship by Massachusetts Institute of Technology(MIT) for research work in computer science. Malvika also tried in IIT (Indian Institute of Technology ) which rejected her because she didn’t had a JEE clearance certificate.

India has a phenomenal kinda thing called as IIT. Indira Gandhi ,Pandit Nehru and Rajeev Gandhi …one of the most powerful family back then.

So to acknowledge more, this family couldn’t get Rajeev Gandhi into IIT, because of his insufficient grades. The director of IIT apologized but denied to let him enter the IIT but confirmed them to get him into Imperial College London. This incident proves us how strict IITs are.

Maybe entrepreneurs expressing their thoughts out or any influencers speaking on this wouldn’t change anything. But there is no process until we start, before we expect any change. We should be the change. 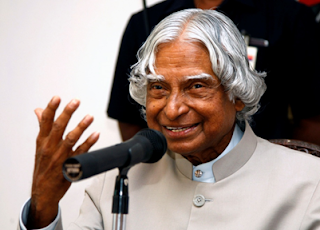