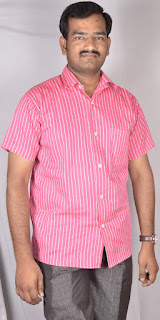 Shaik Salauddin was born on November 11th 1985 in Amberpet, Hyderabad.

When he is in 7th class he started his small business called “Nabi Enterprises” that is savings chit funds. In that 80 members are there on that time.  It is actually saving money. In this children, house wives etc., are involved. We can pay upto 1 to 20 rupees. He used to go to houses and collect money from different people. After 120 days he give money back to them. If they pay daily 1 rupee they will get 100 rupees after 120 days he will take 20 rupees. That is “ Nabi Enterprises”. But in 11th standard he stopped that business.

His father is Shaik Abdul Nabi, Contractor. His mother is Ghousnissa begum, house wife .He has two siblings one brother and one sister. Shaik imtiaz ali and Naseem his sister.
His wife is Nazia begum. He has two daughters Taniya begum 2nd class and Sania begum 2 and half years old.

(Q) How Would you describe yourself in one word?
Ans: Noble worker

(Q) Give an Example of a time when you solved an analytically difficult problem?
Ans: I got many problems in life but always I used Mind & Heart and solves problems

(Q) What message you want to pass for our upcoming generations?
Ans: Do hard work and Success will come to you 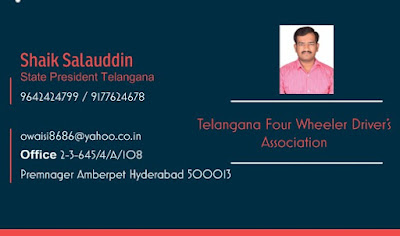