Indian Youth and politics in India

Let’s start it from the famous quote of Khuswant Singh, “A bad government is a government elected by good people who do not vote” And, as far as all the elections fought in independent India, statistics reveal that youths constitute the major part (more than 57%) of the people who do not vote. If the people who have education, mental ability to understand government policies, figure out the loopholes and capability of taking a more rational decision will not vote, then fate of any democracy can be forecasted easily. However, the trend started changing after 2004 with emergence of young leaders and awareness of educated mass regarding the importance of their vote. In this write up, we will discuss role and presence of Indian youth on two aspects. They are

Politics is not a family business

Any young leader should not be given party ticket or ministerial berth only because he/she is a Gandhi, Pawar, Sindhia, Abdulla , sangma , pilot or Sayid. They need to prove their credibility as a leader first. It’s a fact that every society needs a dynamic leader because people cannot lead themselves. Do the emerging youth icons have the capability to judge the exact demand and requirements of the common mass? Or, they have simply become leaders because he/she is son/daughter of an ex or sitting prime minister/chief minister or any person who has a significant stake in corridors of power. If the youth leader comes from the second category, then we are leading towards a bleaker future. Everyone in this country has the right to contest elections and take active part in Indian politics. But, this role should be completely circled around the person’s capability as politics is not a family business. 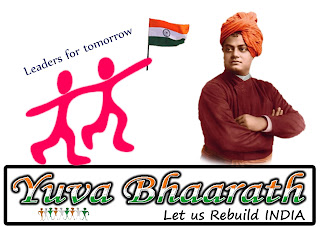 Youth leaders should not be imposed on people. Rather, they should be figured out from the grass root level and groomed up. India is a land of million hidden talents. All they need is a proper platform. If such a platform is given, it will not only attract more and more educated and professionals into politics but also strengthen the core value of the largest democracy of the world significantly.