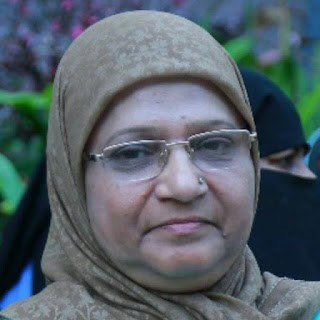 Tayyaba Afandi, a women who is a accountant in hospitals she became the Member in Hajj committee.

Let us know about her,

Tayyaba Afandi was born in 1961 in Old city, Hyderabad. She is from Nawab family and her father is Mir syed ali khan and mother is Noorunnisa begum. Her father is a Landlord.

She has completed schooling in Gosha mahal govt. girls high school and completed BA in vanita college, Nampally. In the first year of her BA she was married and discontinued her education in 1978. 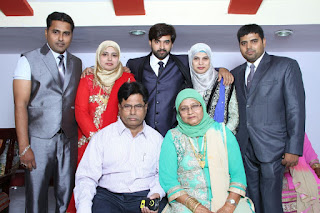 Later her husband Mirza Raees Afandi a Jounalist from Mumbai had supported her and with his support she completed her BA. She is the mother of 5 children 3 boys and 2 girls namely Sameera afandi, Mirza zia afand, Mirza taleb afandi, Sabiha afandi and Mirza akhil afandi.
Now, they had a Fani Fani urdu daily newspaper. 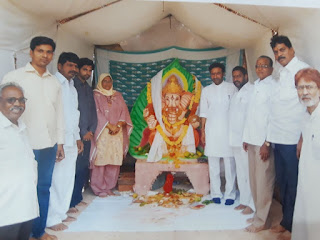 His last son Mr. Mirza akhil afandi Who has stood for the elections for corporator dabeerpura division 30 against MIM in GHMC elections and he is a BJP full timer in jangaon.

A Special Interview about a Special Person
Ans : Humanist
Ans : When I was 22 years old to do a job is a challenge because Muslim families don't allow to do women work, but with the support of my husband. I achieved job.
Ans : “Love All Hate None”
Ans : The Status what I had achieved now
Ans : My Husband Mr. Mirza Raees Afandi

Ans : A small Regret that my father want to make me a lawyer So that I can get National Emblem on my ID card but I wouldn’t happen but now I got national emblem on my ID card as I am a Hajj committee member but my father is no more to show him that I got National Emblem in my ID card.
Ans : Always be in Peace
Ans : Every day I think that I  should give something to my famliy and world. That’s why I am very with my work. 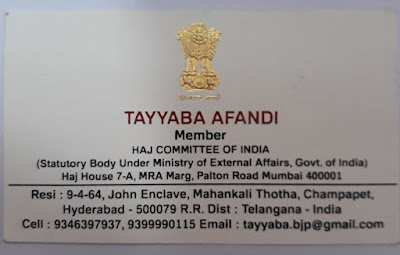