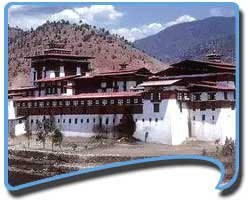 Perched in the mighty Himalayas, Bhutan is well-known all over the world for its vibrant culture and is also referred to as the land of the peaceful thunder dragon. This exquisite hill station lies between Tibet to the north, the Indian states of Assam and West Bengal to the south with Arunachal Pradesh to the east and Sikkim to the west. It is spread over 47,000 square kilometers of land and has the latitudes and longitudes of 89°E and 93°E, and latitudes 27°N and 29°N respectively. The Bhutan Tours are going to cover important places of tourist interest that will quaint villages, age old monasteries, snow clad mountains and meandering rivers.

Surrounded by the snow capped peaks, it is located in the heart of the Himalayas and features peaceful ambiance and a bracing climate which are predominant characteristic of this beautiful territory. This magnificent country is completely landlocked and is blessed with some of the most picturesque locales. Enjoy your Bhutan Travel as it is going to embrace the fine culture and heritage that is quite impressive.
Bhutan tells of a predominantly mountainous terrain, and the 7554 meters Kulha Gangri perched on the Tibetan border is the highest one. The thinly populated Greater Himalayas, surrounded in the north by the Tibetan plateau, reach elevations of over 7,300 meters, and extend southward losing height, to form the lush valleys of the Lesser Himalayas divided by the Wang, Sunkosh, Trongsa and Manas rivers.
Bhutan can be roughly divided into three geographic regions that are the high Himalayas of the north, the hills and valleys of the interior, and the foothills and plains of the south from north to south. The rivers of Bhutan have considerably helped to carve its geography through continuous land formation and erosion and their huge potential for hydropower has helped to shape the economy of this country as well. The monsoons substantially support thick forestation in this region and alpine growth at higher altitudes. Moreover, the irrigational central uplands and Himalayan foothills sustain bulk of the population. The southern region of Bhutan has Daurs Plain that drop sharply away from the Himalayas into the huge tracts of semi-tropical forest, savannah grassland and bamboo forest.

Make your visit to Bhutan one of the most pleasant ones as this country has on offer some of the most fascinating natural attractions. Lodging options are also available in Bhutan and the Bhutan Hotels are recognized for their hospitality and warmth in providing the services. Most of these accommodation options are privately owned while some others are luxurious hotels. You will aso find a group of women running a hotel single-handedly.
at March 03, 2018