A well-educated populace is essential to a country’s welfare and long term economic prosperity. In the age of fake news, Thomas Jefferson’s words on ‘an educated citizenry being the bedrock of a free and democratic country’ are as resonant today as they were 200 years ago. School education, especially primary education, is a prerequisite for an aware citizenry. It also serves as the foundation for a well-trained workforce. Despite recognizing its importance, successive Indian governments have been unable to remedy the abysmal state of public education in India. Given the present quality of public education in India, in order to realise the promise of affordable, accessible and high quality education, there is a need to recalibrate our approach towards the role of private players.

Every individual has the right to a dignified life - a life that one values. Amartya Sen identified certain basic capabilities that are necessary to lead such a life. And, education is among the important determinants of these capabilities. In a country like India, where a major chunk of the population continues to live in poverty or in rural areas, the responsibility of providing universal primary education cannot be left entirely to the vagaries of market forces. Private sector provision would be solely determined by a cost-benefit analysis and the existence of customers who can afford to pay. Thus, the onus lies with the state to reach the most inaccessible places and ensure provision to the poorest of poor. This principle was recognized with the implementation of the Right to Education (RTE) Act in 2009 that guarantees free and compulsory education to all children between the ages of 6 and 14. Although the government has been successful in ensuring universal enrollment, the quality of the education provided still leaves a lot to be desired.

Two important determinants of learning outcomes: quality of teacher training and the student teacher ratio (STR) are quite similar for both public and private schools The difference in learning outcomes between the two can be attributed to greater teacher accountability and lower absenteeism in private schools. A higher level of parental engagement due to the payment of money helps accountability. A UNICEF report from 2011 finds a national average figure of 24.8 percent for teacher absenteeism. This number hides stark regional differences of 14 percent for Tamil Nadu and nearly 50 percent for Jharkhand. Considering that a third of government schools in India are still single teacher schools, many children end up missing school when the teacher is absent. Thus,the idea that ‘there are no bad students, but only bad teachers’, is emphatically brought out by the education scenario in India.

However, the superiority of private over public schools shouldn’t imply that the reins of education should be handed over to the private sector. Although parents seem to show a revealed preference for education: apparent from the rising private sector enrolments and education accounting for the second largest consumption head after food (NSSO’s Consumer Expenditure Survey), there are still people who yearn for quality but cannot afford it. Moreover in states like Tamil Nadu and Maharashtra, though still marginally inferior to private schools, public schools have higher enrolment rates and superior outcomes than the rest of the country. The large linguistic, cultural and economic diversity between states in India means that there is no single panacea. This calls for an approach  which allows creative experiments and collaborations between public and private schools in different states. Coupled with a rapid scale-up of successful models can lead to symbiotic coexistence. There is a scope for mutual learning and adoption of best practices. Though states like Punjab and Madhya Pradesh have taken steps in the right direction, there is a lot that still needs to be done.

Public- Private Partnership (PPP) is one such experiment that aims to develop a school which is funded and operated through a partnership between public and private sector. The government can bring in advantages like affordability, large geographical access, regulatory power and a wide pool of resources. On the other hand, the private entity can bring technical expertise, efficient operations and a result oriented methodology. The exact division of operational and financial functions between public and private sector can vary. In a backward region with a majority poor population, the government can step in and build a school and allow private player to take the charge of the operational and teaching services. Whereas, in a region where accessibility is not a major issue, both the government and the private player can partner to provide infrastructural and education services equally.

Voucher schemes are another alternative wherein the government directly funds the students instead of the school. For parents, the school voucher would be a scholarship to every eligible child, enabling her to attend any school of their choice, whose fee is upto the monetary value specified on the voucher. Therefore by voting with their feet, the parents could contribute in making the government schools and teachers more accountable by linking a school’s funding (and thus teacher salaries) to its ability to attract and retain children without imposing a financial burden on the parents. The province of Punjab in Pakistan has the largest school voucher system in existence which has been lauded.

A low hanging fruit in private school reform is legalising for-profit private schools. In most states (except Haryana, Maharashtra) schools need to be non-profit. This leads to complex and opaque financial structures with shady non-profit trusts controlling most private schools. The owners have to resort to illegal/ semi-legal means to extract profits out of these trust structures.

Legalization of for-profit schools will allow them to tap into financial markets for funds, bring them under the ambit of regulation and improve transparency due to mandatory disclosures. Given the large variabilty in private schools as well, this will allow the best schools to rapidly scale-up and crowd-out the bad ones.

Given that even the best of our schools are not at par with their counterparts abroad, there is an urgent need to look into what and how our students are taught in schools. Quality of education can only be improved if we first define the purpose of education. Education should do a dual job of enabling a person to gain mastery over technical skills, and also develop intelligence which is born of observation and self-awareness. Education isn’t just about learning facts. It’s also about learning how to look, how to listen to what the books are saying, whether they are saying something true or false, to enable students to develop an independent understanding and awaken their mind. To bring this in practice, a curriculum should be designed which is embedded within the larger intentions of the school. Cooperative learning should replace competitive learning and greater emphasis should be put on group projects. Also ultimately, it is the quality of teachers who define the quality of the institute. Defining the role of a teacher as a creative and dedicated professional who builds a conducive environment for learning as a mentor to students to make them better human beings is critical.

For India to reap the benefits of its large demographic dividend, it has to invest in building human capital. The first step towards achieving that goal is providing quality primary education.The day that all children reach their potential is the day that India reaches its potential.

Final year students who are pursuing Masters in Economics from Delhi School of Economics. 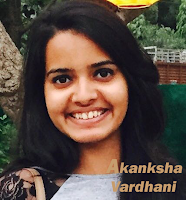 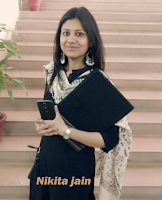 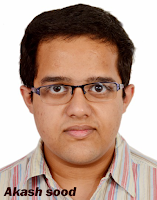