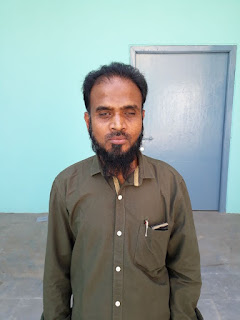 He had done his Diploma In Education (D.Ed) from Diet College in 2002. He had also done his B.A. from Moulana Azad University, Gachibowli.


Talking about his family his father name is Shaik Abdul Sattar. By profession he is a mechanic . His mother name is Syeda Khairunnisa Begum. She works in an Irrigation Department.  Md. Sharif wife name is Ayesha. He has 2 childrens namely- Maisra sayam and Md.  Yasin Sharif.

Md. Sharif was participated in VCEA which is of 15 districts branches of Telangana. Recently he is the President of Hyderabad District Branch. In 2010 he started as state Secretary. Later Vice-President in 2014 of Telangana. They support blind people. They distributes rpwt 70 pages which is in Hindi and Urdu, by that the Blind can become Strong. They actively participates in campaign of Swatch Bharat. They solve problems of blind. He also made National Flag of India in Braille in 2015. 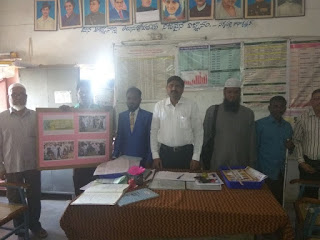 ACCORDING TO THE CONVERSATION, he answered few questions:

4.        4. Tell us about a situation causing the feeling of regret in your career? If any.
5. What message you want to pass for our upcoming generation?
- Niharika Jaisingh 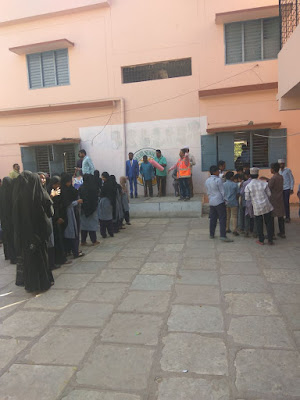