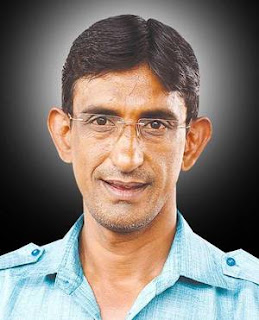 His father died when he was four years old. After school he did Tailoring for 12 years. After he kept his own Tailoring Shop for 3 years. Later for 1 year he went to Glass Fitting work. Later he started a Plaster of Paris interior design business in 2001. Upto now it was running successfully.

His Father is Syed Nusrath, auto driver (died when Azhar is 4 years old) and his mother is a House wife. He has 4 siblings 3 brothers and 1 sister.
He was married in 2001. He has 3 children (2 boys, 1 girl). His daughter is studying degree first year. 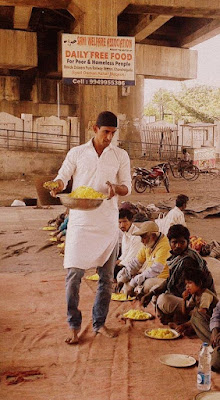 “His father died when he was four years old and his mother struggled a lot to raise  him and his siblings. That’s why he knows what if anyone sleeps with hunger”. He was Hunger in childhood days.

It all started around in 2012.  One day his tyre got punctured and he decided to catch the local train from the station under the bridge when he saw a physically handicapped woman with her feet amputated.  Azhar still remembers that the woman's name was Lakshmi and she was crying, begging for food instead of money as she hadn't eaten in days. Azhar had bought food from hotel and gave it to her.
He went home and said this situation to his wife and mother and told them he wants to serve food for poor people. His mother and his wife are happily reacted to that. In the starting days he used to cook food in home and serve for few people.

Later seeing this other people want donate money but he refused he told them to donate rice or required ingredients. Later he used to cook under the under the Dabeerpura bridge in Hyderabad where he first started with Lakshmi.

Later he started this too many places in all over India. He is giving food for Thousands of people. Now they also free dental clinic, teaching free tailoring to women etc., and many more.

For his great work he appreciations from Amitabh Bachchan, Salman khan and many others. 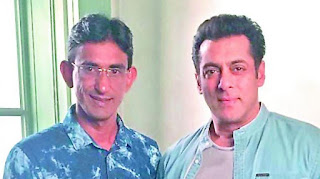 He got many awards also, in that some of them are


The only Regret in his life is He wants to become Cricket player but it didn’t happen. Now he hopes his son will become a cricketer.