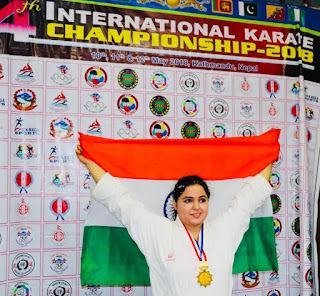 Today Almost everyone knows her name as Golden Girl of Hyderabad.
Let us about her,

BIRTH AND EDUCATION
She is born in Hyderabad on April 22nd 1994. She completed schooling from All Saints High School and she graduated from Villa Marie Degree college (BA Political Science).  Later she pursued MA English from Vanitha Maha Vidyalaya.

“Presently she is representing India at International Level”

She started Karate at the age of 12 years. She is the winner of 19 International Level Championships and 21 National Level Championships. She is the first Telanganite to have been qualified to represent India at the World & Asian Karate Championships as well as the first Telanganite to win the Senior National Title. She won Gold Medal at USA Open (2016) and also represented India at Premier Leagues. She is popularly known as the Golden Girl Of Hyderabad.

She has promoted Hyderabad She Teams and providing coaches to the Telangana Minorities Residential Educational Institutions Society-Schools for Self Defence and Karate. She often promotes and visits events for social causes like women empowerment,importance of girl child,child abuse,sports for all,physical fitness,medical camps etc. 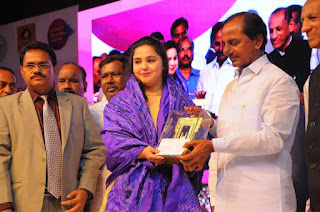 (Q) How Would you describe yourself in one word?
Ans: Stubborn 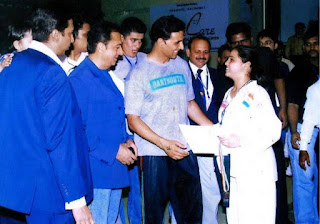 (Q) Give an Example of a time when you solved an analytically difficult problem?
Ans: Lol, it is my parents and elder sister who always solve my problems. I use to solve my friend’s problems in school to escape from teachers.

(Q) What is your favourite Quote?
Ans:  “Success is a part of journey not a destination”

(Q) What message you want to pass for our upcoming generations?
Ans: Always believe in yourself and whatever you do give your best. Identify the talent which you are best at.